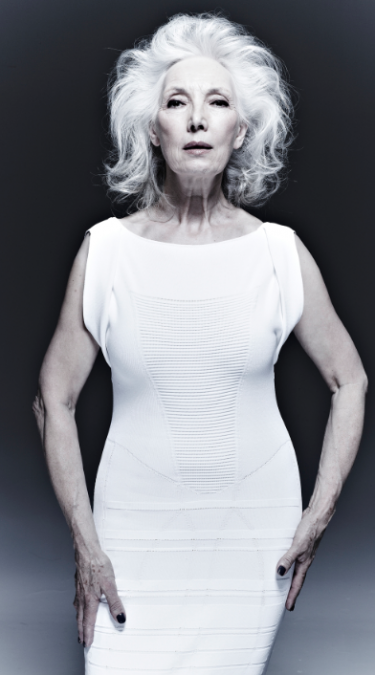 All Walks Beyond the Catwalk – Being a Diversity Visionary

What does a Diversity Visionary and Body Image Activist do?

I co-founded All Walks Beyond the Catwalk with Debra Bourne and Erin O'Connor in 2009. All three of us, having come together with Beat (Beat Eating Disorders) a charity I had worked with since the early nineties, felt very strongly that fashion could and should promote achievable body ideals. 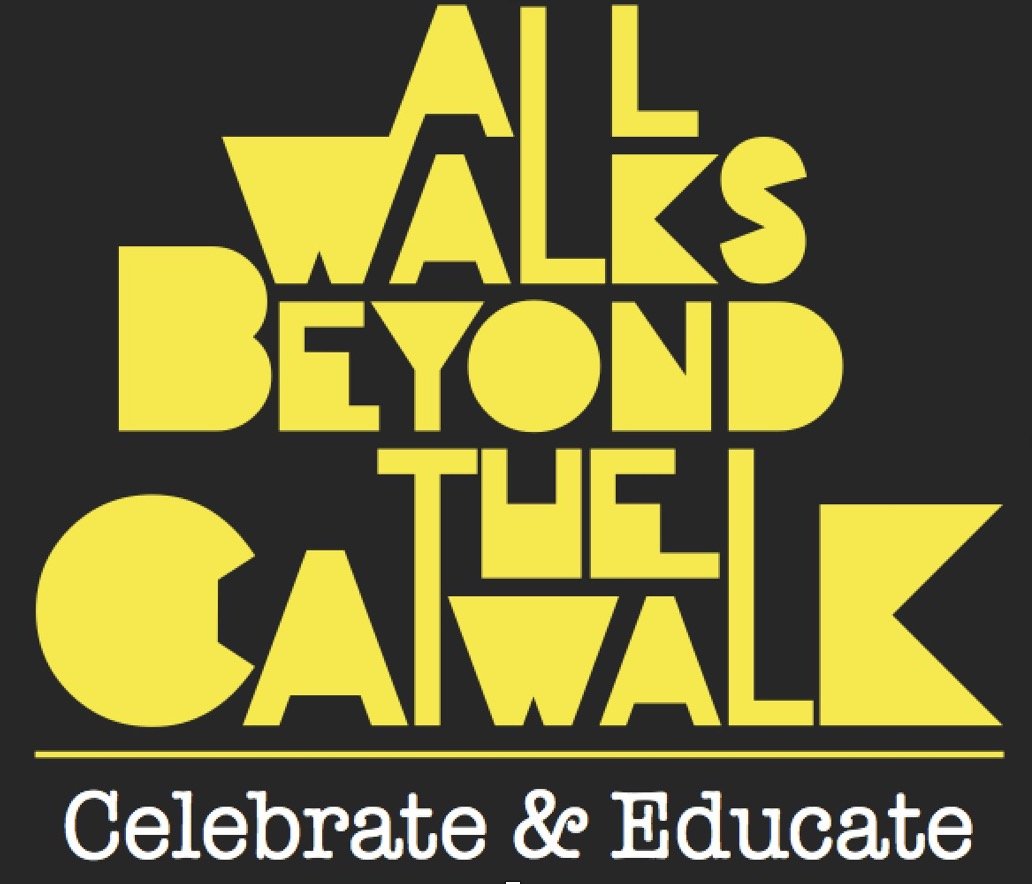 We created initiatives around positive body image featuring diverse models in age, size and ethnicity. We worked with London Fashion Week, i-D Magazine, Rankin, Kayt Jones, Nick Knight, The National Portrait Gallery, Graduate Fashion Week and many others. Everyone on the team worked in a voluntary unwaged way including us. 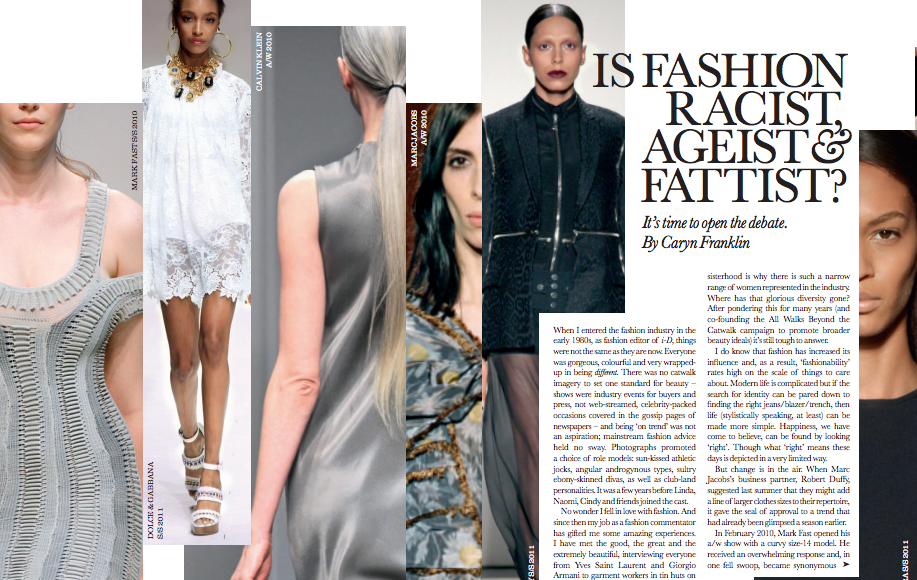 Taking an activist stance our call was for diversity in front of the lens and behind the lens. Given the deluge of study supporting the power of fashion to affect the viewer's sense of self then our position was and still is ...if fashion is to influence women, then why not let it be in a positive way, showcasing a range of bodies, skin tones and ages? 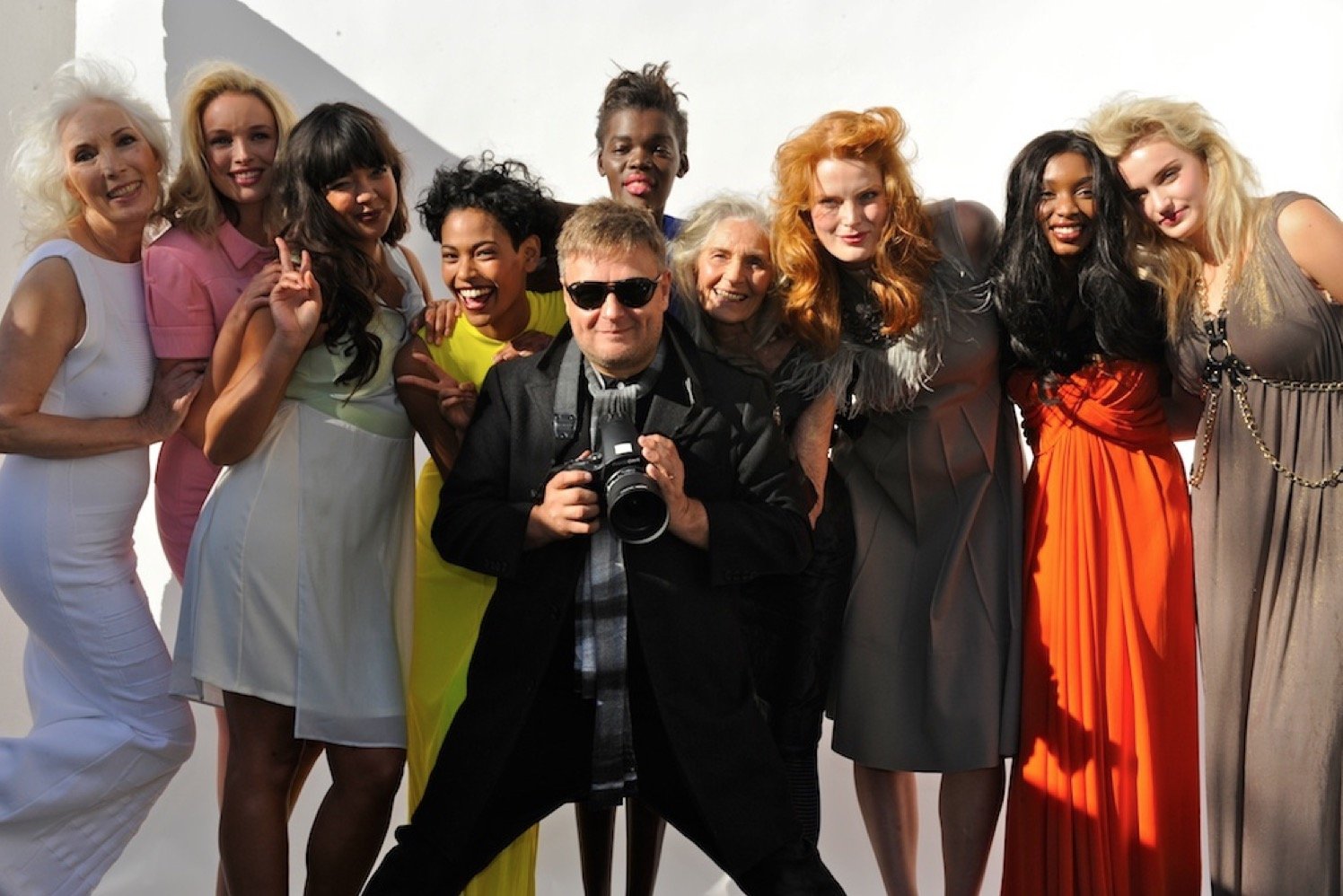 We moved our work from pop-up fashion shoots with top designers where we broke the mould of the young, thin, white model as the only option for designers (see Rankin at London Fashion Week above) into education. We wanted to reach the next generation of thinkers and creatives, so with the vital support of June Barker and later Martyn Roberts both of the national event and platform: Graduate Fashion Week we launched our campaign within colleges and art school campus's. We asked lecturers up and down the country to help us and at their suggestion we later launched and promoted our student competition Diversity NOW! 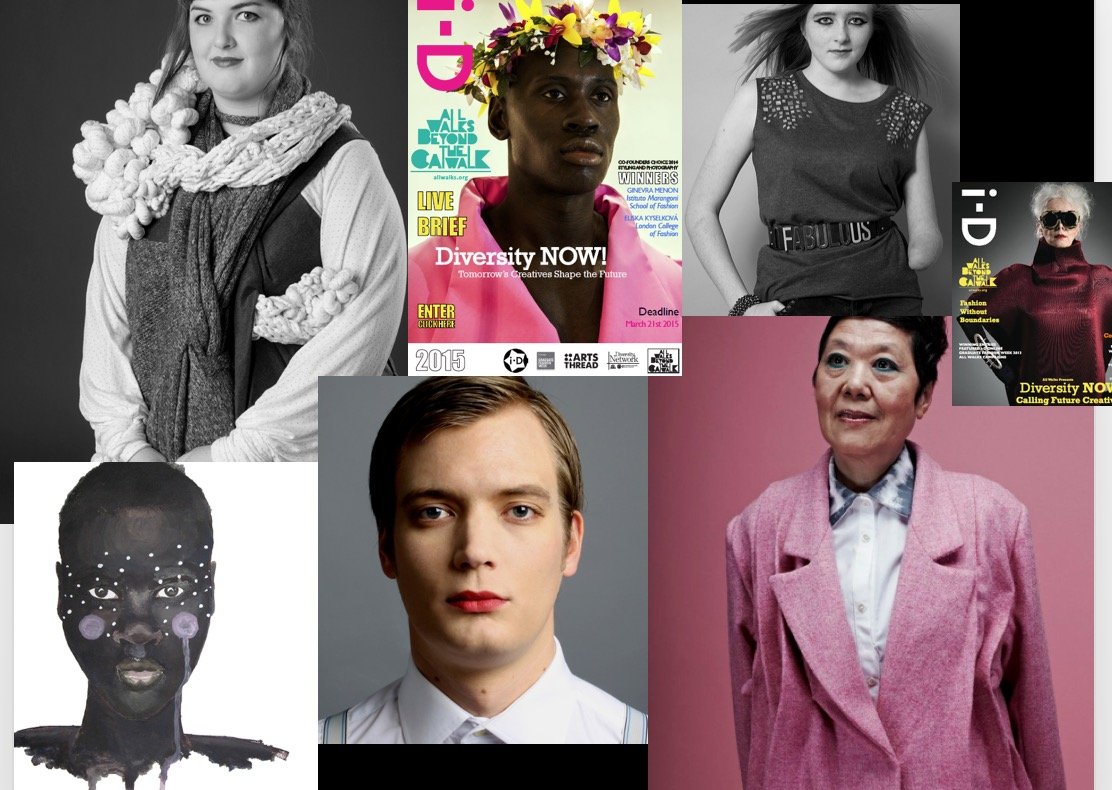 We had a spectacular take up from lecturers and students alike. Lecturing up and down the country and even abroad proved to be one of the most effective ways to activate this conversation and challenge the system through the next generation of creatives.  We've received some amazing student feedback in support of our work and are thrilled to think of the new Diversity Innovators making waves. 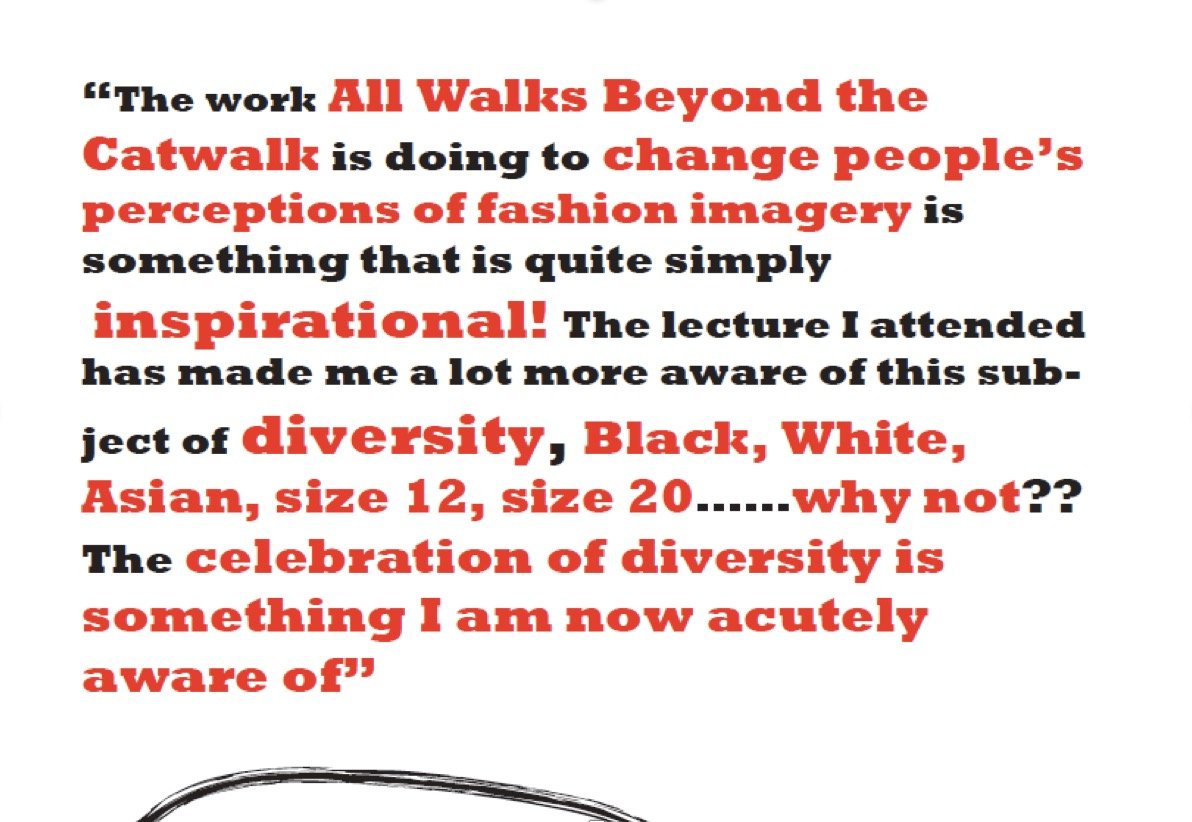 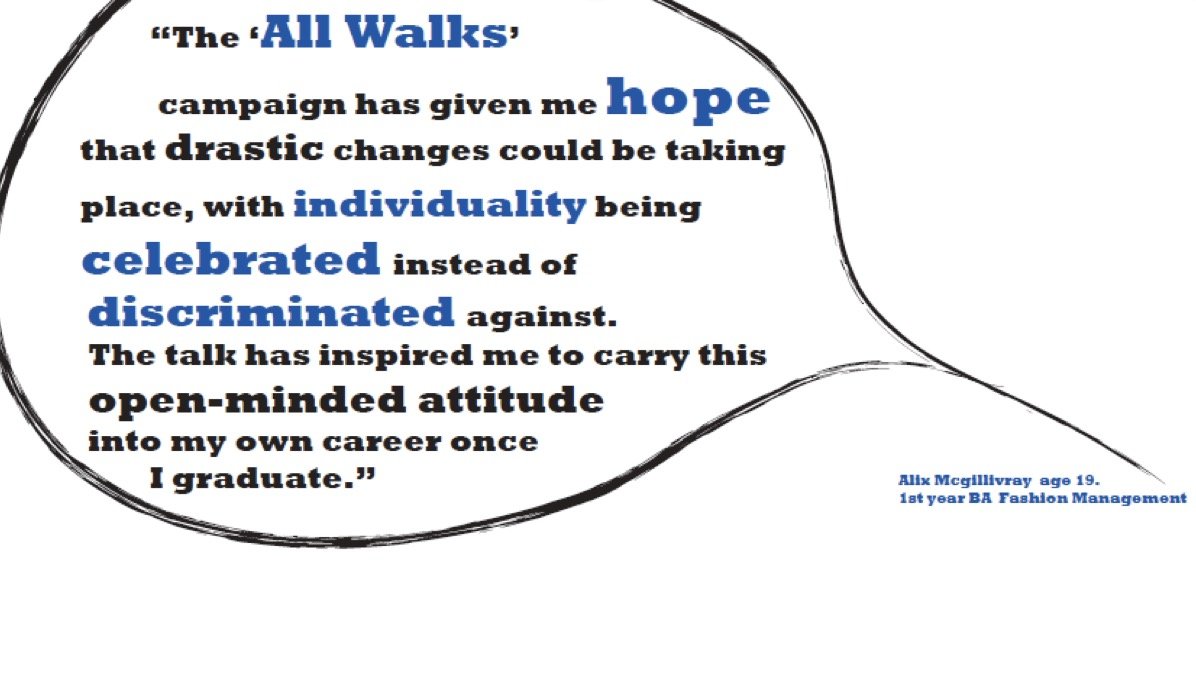 We won a variety of awards and were invited into parliament on a regular basis to discuss fashion with politicians, mental health experts and educationalists as part of a potential solution to rising body-hatred and self-harm.

All Walks became part of a regular Body Confidence steering panel lead by former Government Minister for Equalities Lynne Featherstone and Jo Swinson. The Body Confidence Awards were an All Walks suggestion to celebrate best practice and were launched from parliament and featured within Vogue.

Unachievable body ideals have been implicated in the pressures young people experience as a result of the limited physical ideal mostly promoted by fashion. Low self-esteem and pre-occupation with appearance are just some of the outcomes. Jo Swinson's office as Minister of Equalities made powerful declarations after reviewing 172 scientific findings to outline the additional damage done to female economic and social status. Feeling invisible, marginalised and, or objectified are the initial outcomes when fashion cannot offer an inclusive vision of what it is to be human but as Jo's office would announce these has further cultural outcomes and if I'm honest that began me thinking about the power of social science.

We worked with Mal Burkinshaw to promote new teaching for creatives to disrupt old behaviours. The Diversity Network was established and teaching a broader design skillset was acknowledged by educators. 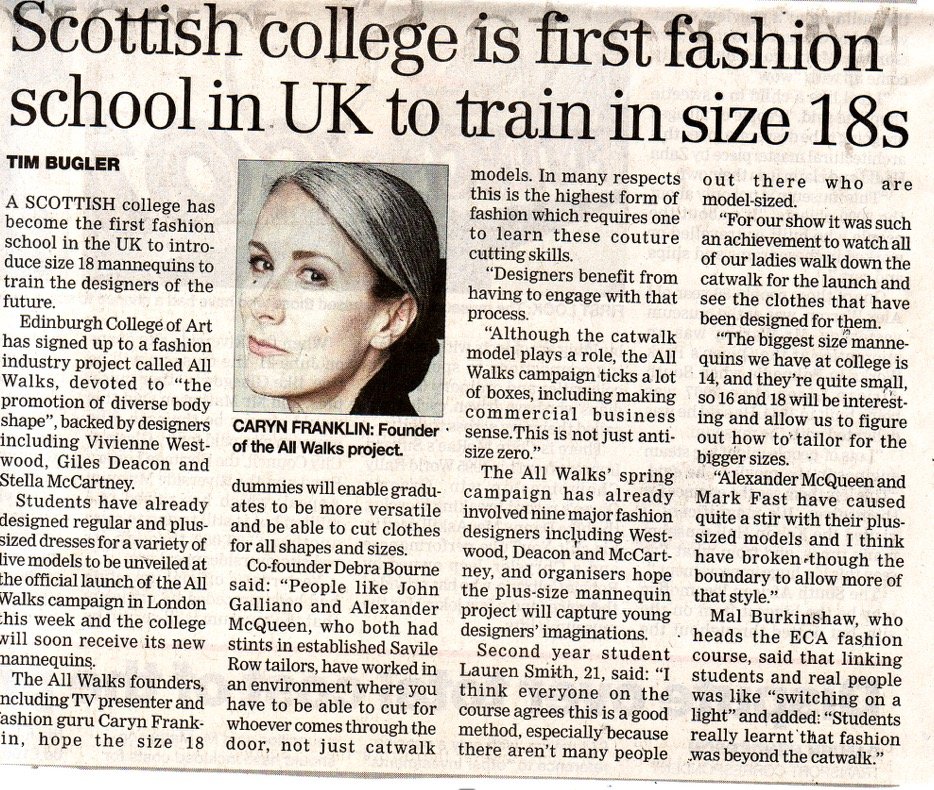 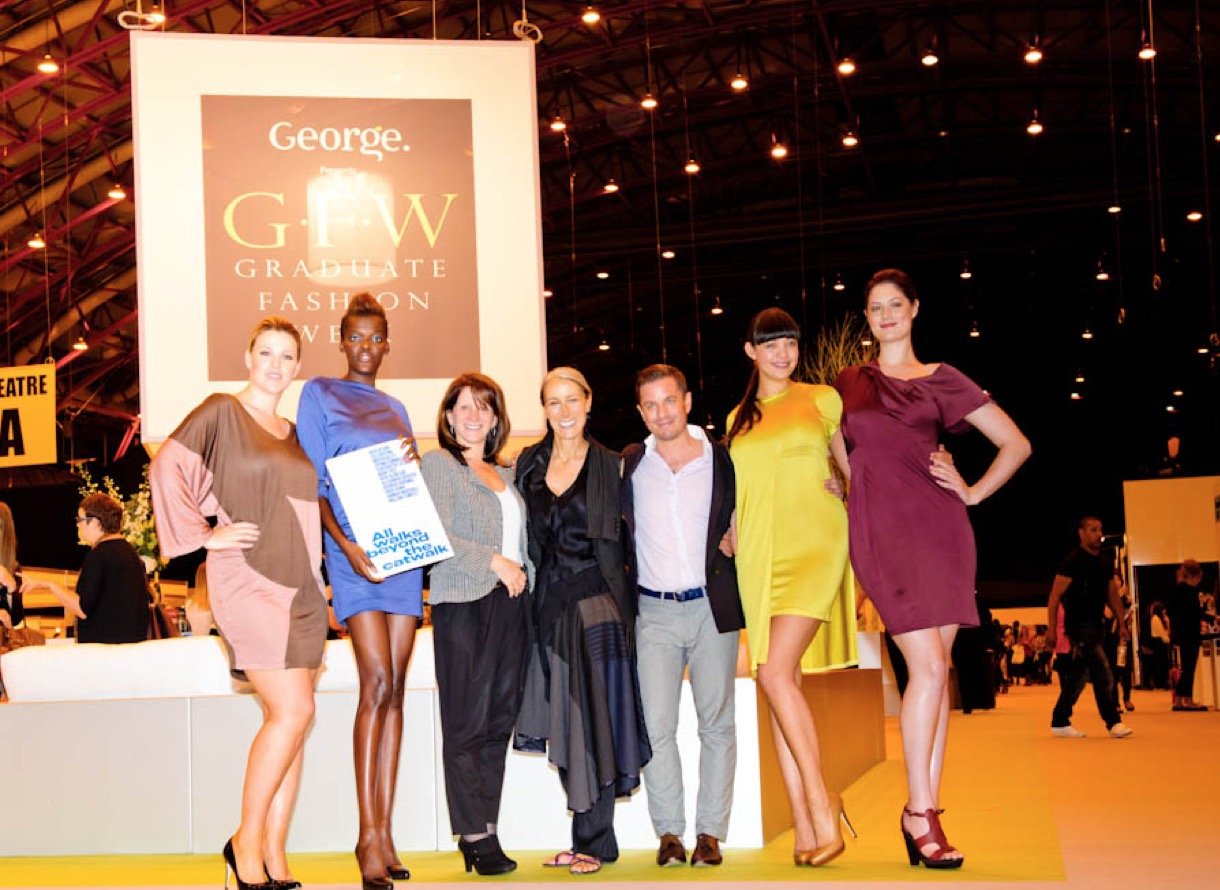 Having worked for 6 years as Co-Director on this initiative from May 2009 to July 2015, and with 37 universities signed up to commit to promoting diversity and inclusivity, I felt I had done all I could in a voluntary capacity and stepped away to hold an independent Diversity Visionary position. I continue to combine my interest in body image politics with my MSc studies in applied psychology in fashion. I write about this continued work in my blogs 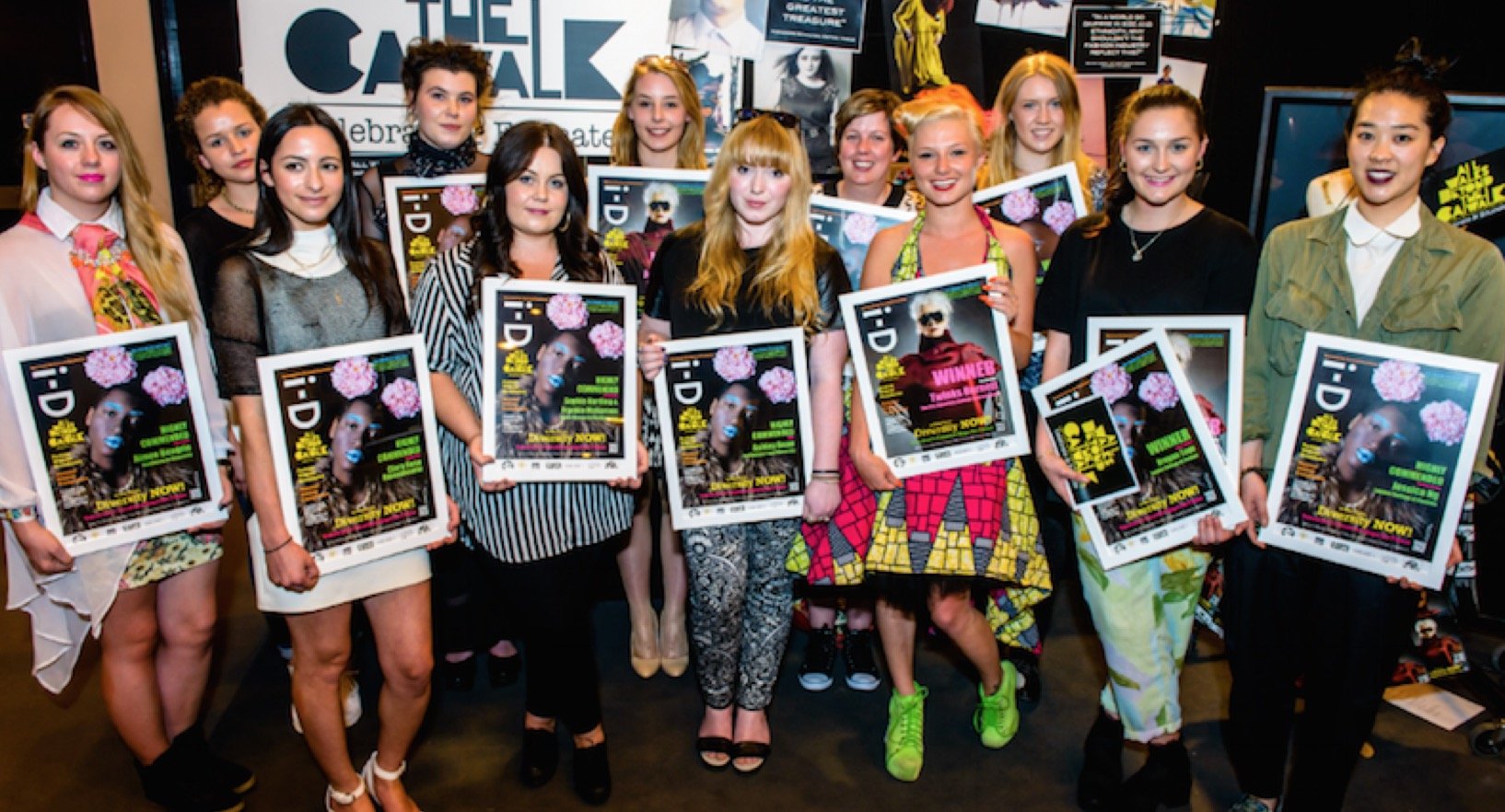 For more info on All Walks visit the website