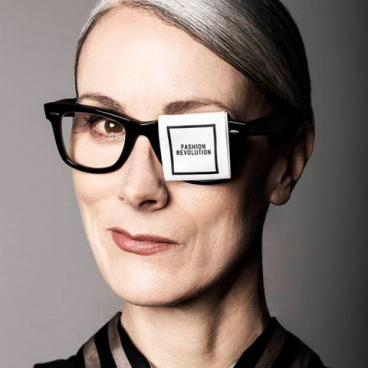 Body Image, Identity and Self Esteem

I point myself in the direction of projects that make me and other women feel good. (I'm not against men feeling great either let me make that crystal clear). Most of my work however, has been in the womenswear field.

I operate in a very basic way...I'm not a strategist and I work from the heart so the job has to have a feel-good factor for me and the end user or I'm off!

I'm used to bringing the issues I think are important to the press and often my projects get good profile because I'm dealing with things that most of us feel are important not just for us but for the self-esteem of all women. 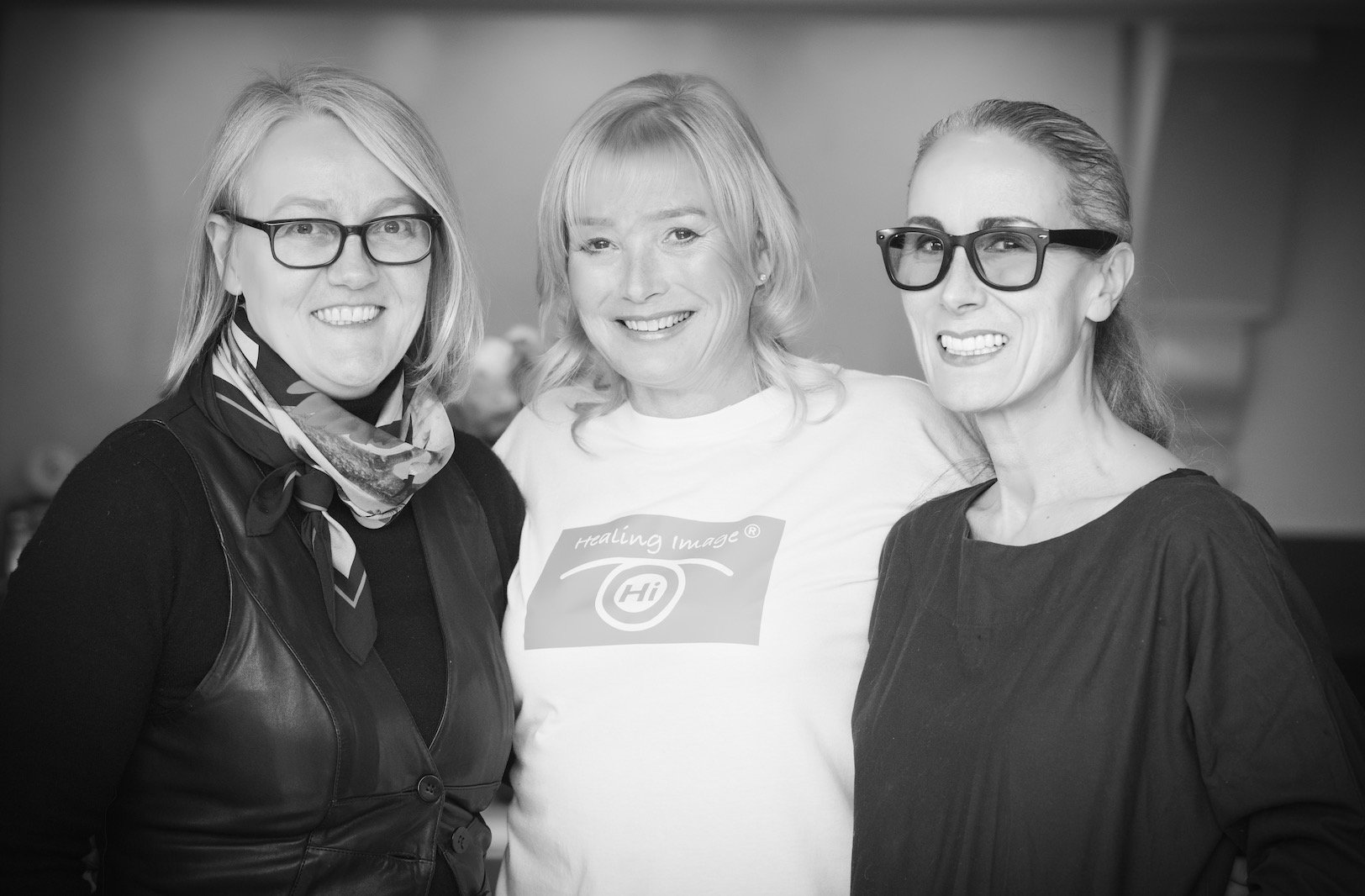 This is Eva May in the centre flanked by Jane Galpin and I. We have worked together throughout the years on body confidence projects and Eva approached us a survivor of childhood abuse to help her with her image. Out of five years of friendship and careful suggestion came our collaboration for Eva's 'Healing Image.' She has written about her journey and her drive to overcome mental trauma on her site 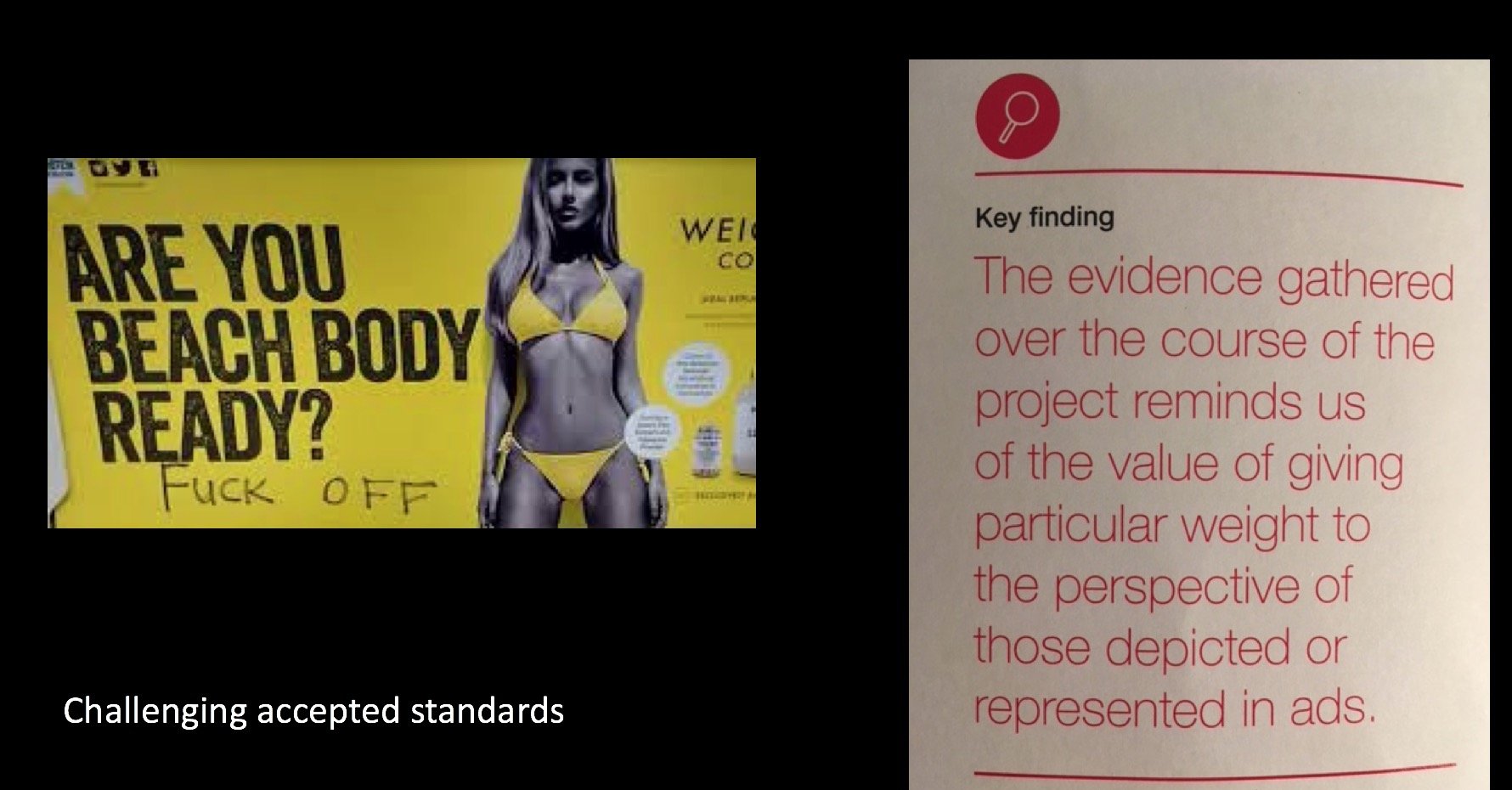 I was thrilled to be invited as a panel member for the Advertising Standards Authority to discuss objectification of women's bodies in imagery. Having completed my psychology MSc on the very same subject I was able to offer a range of insights and contested as did others the use of the ruling 'accepted standards,' when valid complaints (in my eyes) were overturned. A good example being the Beach Body Ready objectivert (yup, I just made that word up). I wrote about this in depth above for Refinery29 New 'standards' will be applied in 2018. 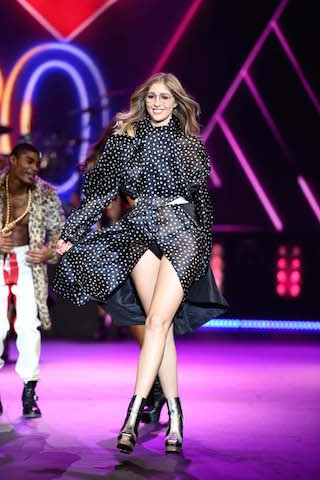 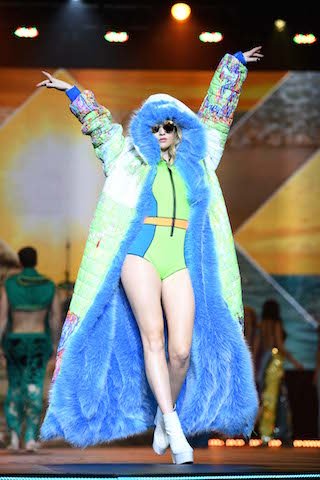 The massive catwalk show in the Alcatel Theatre at Clothes Show Live 2016 played to audiences of 6 thousand per show, with several shows per day, throughout the week. These spectacular events are always a huge draw.

I was particularly thrilled with this year's inclusion of a variety of model shapes as part of our new stance to reflect more realistic body shapes. Standard and curvy models this year herald a new understanding of what our audience needs to see on the part of management. I have been gently agitating for change for many years 23 years to be exact (as if you didn’t know).

This year all my ducks were in a row and new management at top level allowed for a more adventurous approach. Also I have just finished my psychology masters. The studies I found support my assertion that body diversity is the way to go. I'm better at explaining why models should reflect more realistic body ideals now. 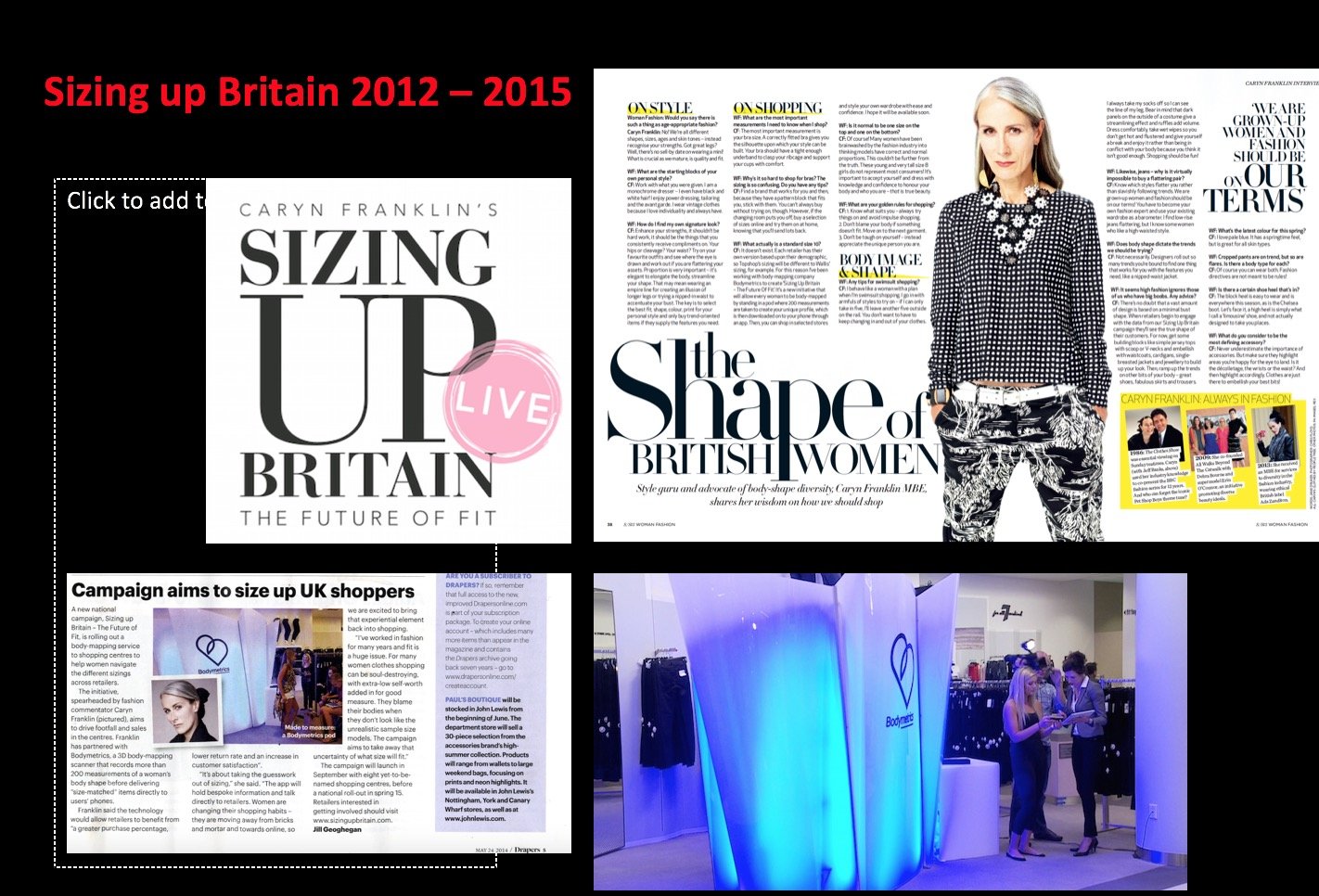 This has been a long term project with Suran Goonatilike. The aim being to scan women's bodies and create digital passports on their phones that would liaise with sizing specs embedded within labeling in clothing to  confirm for the wearer - whether there would be a good fit before trying on. Result! 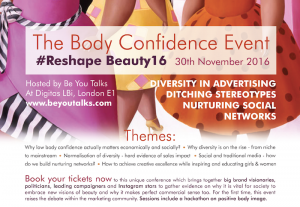 At the Be You talks on Nov 30th I made clear points around the total importance of individual disruption to cultural attitudes on appearance and portrayal of appearance. (Read more on being a Disruptive Fashion Lover ...it is something I wrote about recently for i-D Magazine). 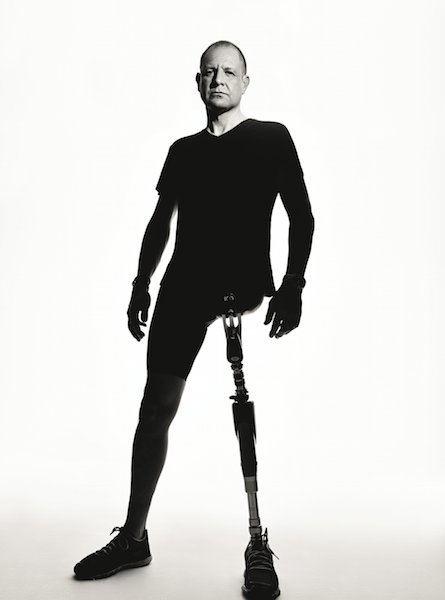 I was thrilled to contribute in a very small way to the Rankin documentary No Body’s Perfect screened 10th November BBC4 at 9pm. Read more here 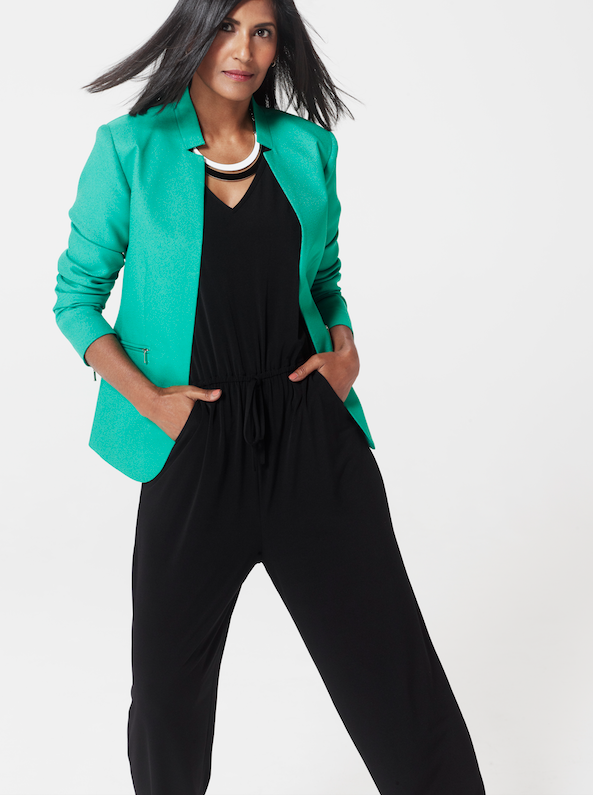 A recent project for Retailer N Brown involved creating aspirational images of women who are 50 plus. I was straight on the phone to my mate Ruby Hammer. She starred in the latest campaign with a whole load of amazing women. Read more here


Little Mistress - Be the Party TV ad from Fashioned Films on Vimeo.

Project: Be The Party

For my company's first fashion advert, we pitched to create a 30 second promotion of the above delightful embellished clothes for the special occasion wear company Little Mistress. Our mission was to create a vision of femininity that was self assured and not seeking any approval from the viewer. Read more here 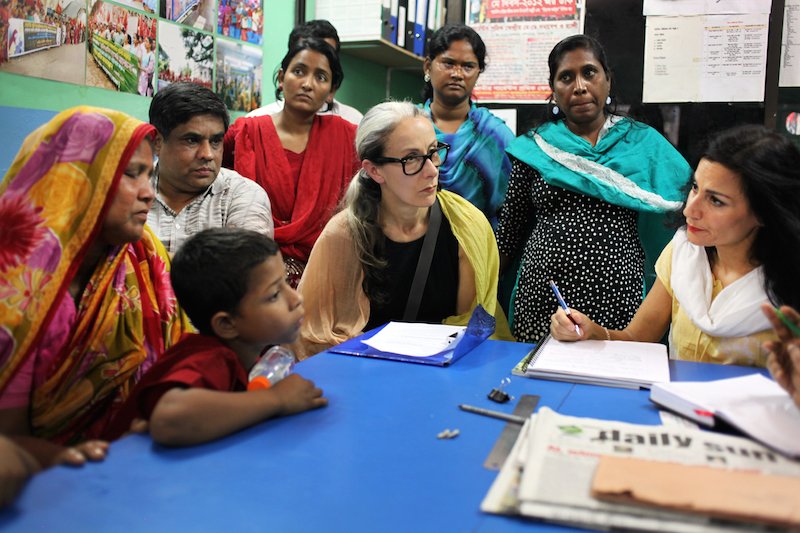 Project: Self Esteem from Worker to Wearer

I've just come back from Bangladesh, a research trip to learn about the conditions of garment workers a year on from the Rana Plaza factory collapse. I figure that self esteem is not just the prerogative of privileged fashion lovers like you and I, but every woman. Each of us deserves to feel great and self esteem from worker to wearer has to be factored in. Safe conditions, a living wage and reasonable hours should be standard. I spoke about this to the Independent as well as The Wright Stuff and Day Break TV. Read more here 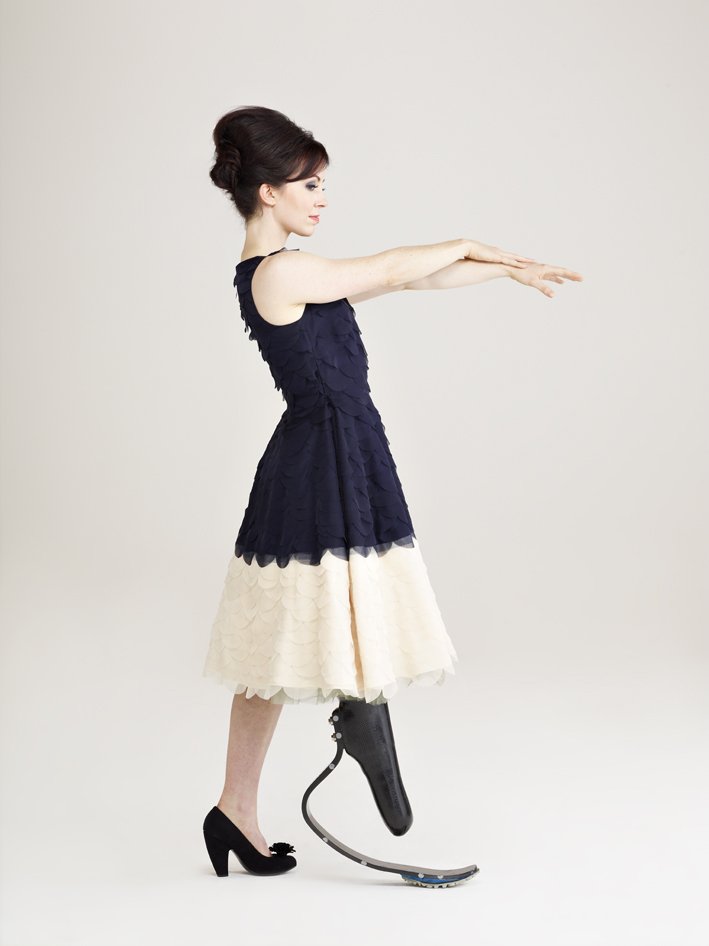 In gathering together 7 diverse models to showcase the Debenhams spring summer collection, my company and I were asking the brand to invest more than they normally would in pursuit of glorifying a range of body and beauty ideals.

I counted it a success upon learning that this dress sold out almost immediately and many others followed suit. Women responded on their social networking sites in their thousands and national press from the Daily Mail and Evening Standard to my favourite read Jezebel covered it off.

I worked with fashion producer Jane Galpin to make this happen as with all great projects our company undertakes. it takes a team of people. Read more here 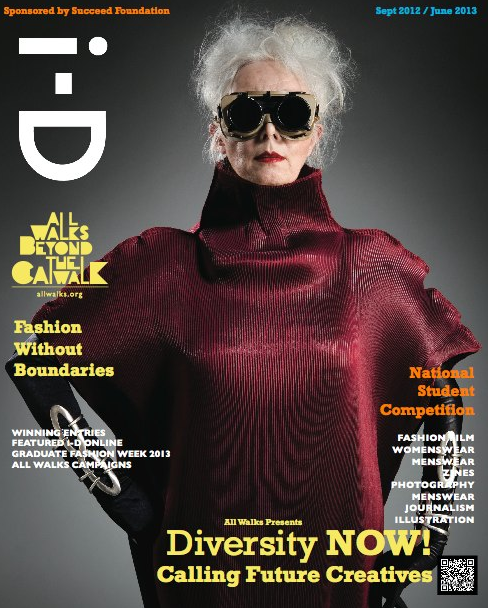 The All Walks Diversity NOW! Lecture and initiative is a good example of tackling the psychological impact of fashion head on. Fashion has enormous power to carry messages about our personal identity, but designers seem oblivious to their consumer audience. Her body is not a super-model like 6 foot and she does have breasts and hips.

We took this message and much more right to the heart of the next generation with our national competition Diversity NOW! Students designed for a broader range of bodies and loved it, with 92% agreeing that seeing a range of body and beauty ideals in their media would improve their self esteem.

I have toured this lecture in colleges for four years and it is still popular. Working with with my co-founders at All Walks Beyond the Catwalk Debra Bourne and Erin O'Connor, we have dedicated thousands of hours to bring the importance of accountability in fashion  to the attention of tomorrows top names - today's students. Read more here 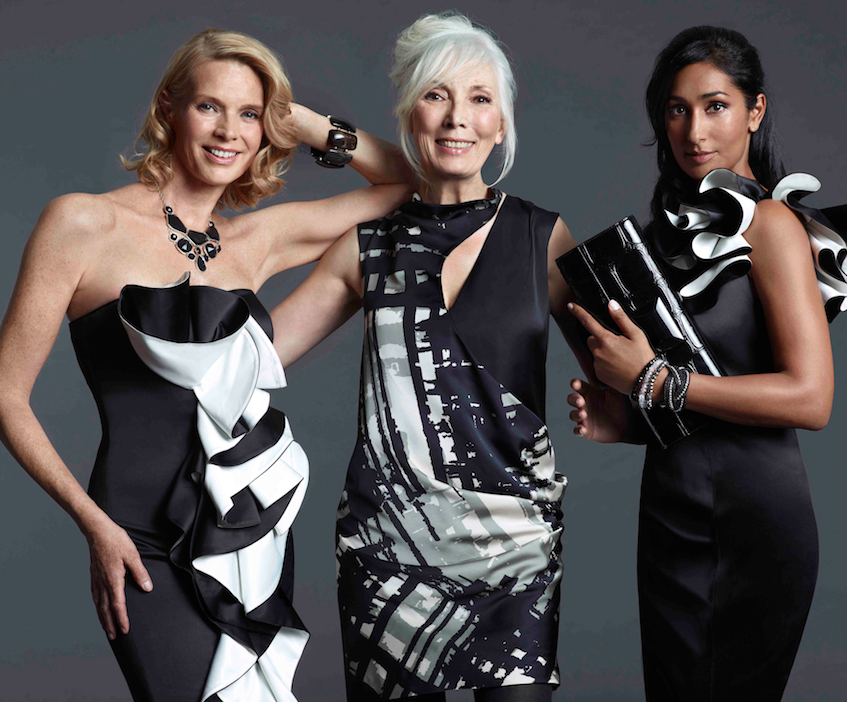 Three models all over 40 in a commercial retail campaign. Unheard of!

My business partner and I Jane Galpin persuaded Debenhams to let us create images aimed at their core audience the 40 - 55 demographic. Once we had research on the shop floor, talking to sales assistants and women, it became apparent that so many of the customers felt they could visualise the clothes aimed at them if they were helped with images to show how the clothes would look. Not rocket science. We created three images that were launched as life size portraits in their Oxford Street store windows. Read more here. 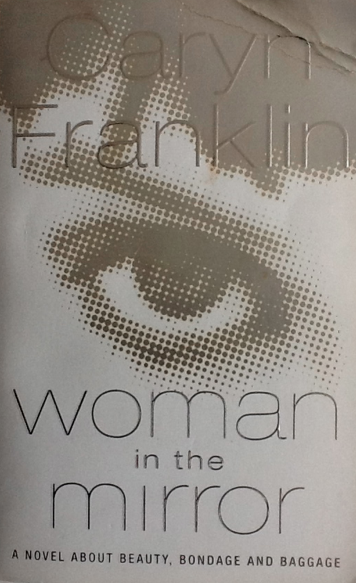 Woman in the Mirror Book

Project: Woman in the Mirror

My first novel: Woman in the Mirror sold 22 thousand copies. A frank account of fashion and the smoke and mirrors around image and the pressure to embody unachievable physical ideals laid bare with some almost recognisable characters thrown in and my literary revenge on an appalling ex-boyfriend. Yes he would know it was him! 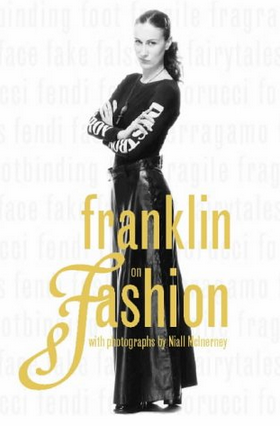 Franklin on Fashion the book before the site!

An earlier book: Franklin on Fashion also set out to deconstruct fashion, in a kind of bite sized, pop cultural appetising way. It became required reading at fashion colleges when it was released which I rather liked. Of course body image figured err....how could it not?

Body image and individual confidence is something I have written about extensively because I believe that fashion, femininity and personal identity are all wrapped up.

After my first documentary feature for BBC in the early 90s I was invited to become a patron of Beat, the leading eating disorders charity. I met lots of young women who educated me on what it felt like to live with an eating disorder and do battle every day with a misunderstood mental illness.

Going back over my cuttings I found this feature in the Daily Mail as it was then. Little did I realise I would still be 'gacking on,' so many years later! 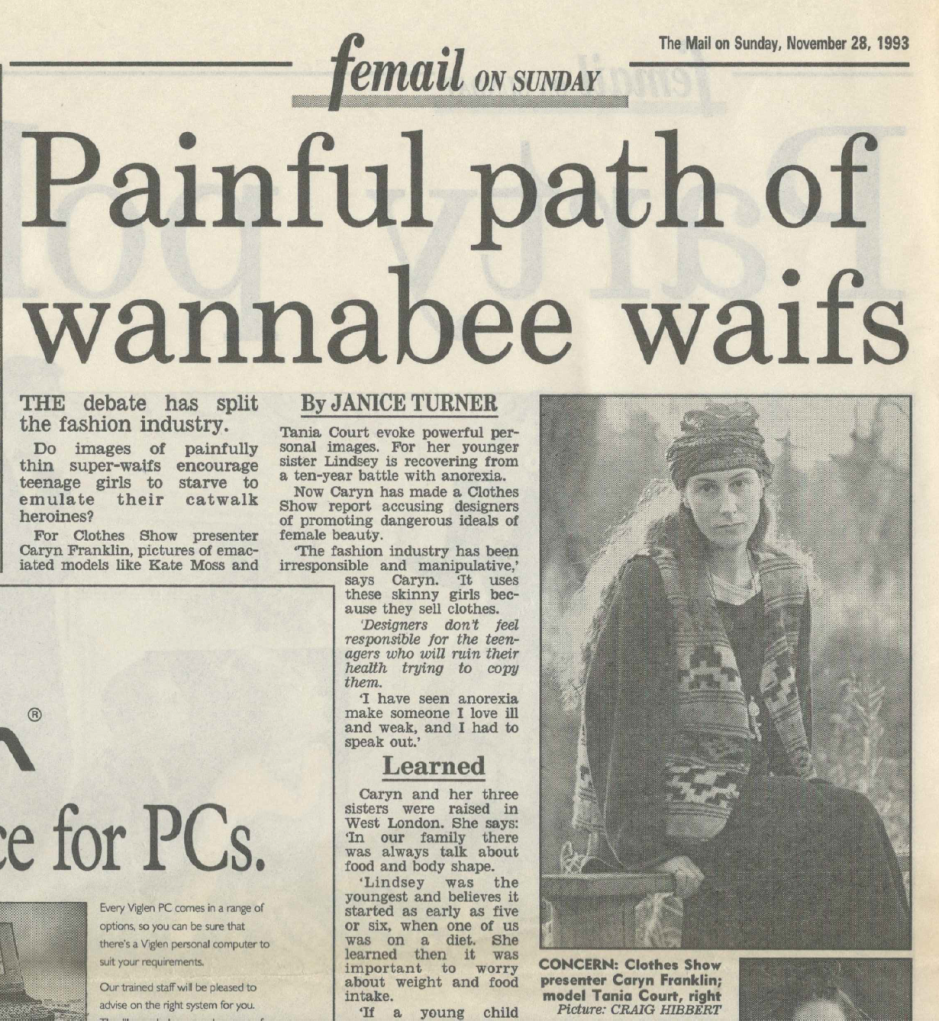 I continue to write many features on why our feelings of self-worth are so intricately linked with the way fashion promotes femininity...and increasingly masculinity.