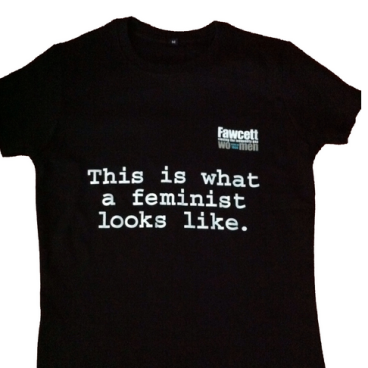 So there I was on the BBC2 Daily Politics Show recently, talking about the image of our politicians. I normally avoid opinions on others' appearances. In this instance I thought it might be different.

My point was that we are influenced by our perceptions of what we see and read in the clothing signifiers given to us by people in the public eye.  I felt that perception wasn't the same as my own judgment however this was harder to communicate than I thought and I soon found myself willingly having opinions. Thus David Cameron in his open necked shirt and rolled up sleeves I perceived to be delivering an informal look that may well be calculated to appeal to a younger voter but I thought he could look smarter hmmmm.

So, I'd done quite a bit of research downloading a study: Tailored meanings: On the meaning and impact of organisational dress (Rafaeli and Pratt 1993) and had seen enough of Ed Miliband in baggy suits which I then pronounced as ill- fitting, bringing to mind the perception of a school boy growing into school uniform. It was a cutting assessment of the leader of my preferred party. Own goal then in a bid to be objective and a FAIL in my book.

Ed Miliband's stylish T-shirt with thanks to the Fawcett Society

I've since reviewed my ungracious behaviour and find it lacking big time, this blog presents an opportunity to investigate that moment of general rudeness, especially now I am a psychology student.  My mind was working overtime, while I viewed new onscreen imagery at the invitation of the presenter, but I did not see it. An internal dialogue of whether to bring up the Fawcett Society's 'This is what a feminist looks like," T-shirt, when the day before I had been requested to endorse dialogue from ethical bodies concerning further stories around lack of ethical credentials of the t-shirt, meant as a sustainable clothing ambassador, that my brain, occupied on the subject of Fair Trade,* was not flexible.

I'm reading Daniel Kahneman Thinking Fast and Slow (Penguin 2011) - Winner of the Nobel Peace Prize, and within it I find an answer to my inflexibility (of sorts). His studies looked at our thinking systems which can be roughly explained as: the unconscious and the conscious. We think in two formats...the effortless processing that takes place as you read this and don't have to wonder what each word means because your brain has fully absorbed language processing, and the effortful processing which requires conscious analysis. Thus I reached for my original and embedded research, being slow and lazy, my judgement did not serve the moment, despite the fact that the images on screen were of a man in a reasonably fitting suit who I understood to be a feminist supporter.

Daniel Kahneman puts it better, "In the economy of action, effort is a cost, and the acquisition of skill is driven by that balance of benefits and costs. Laziness is built deep into our nature."

Not that this is a excuse. I was PANTS. Ed deserves his apology and I have smacked my own hand.

* News just in from my friends at Fashion Revolution, who agree that the factory used to produce the 'This is what a feminist looks like," T-shirts appears to be an exemplary factory, definitely not a sweatshop, despite what the Mail proclaimed, but they say the sad fact is that barely any garment workers in the developing world receive a living wage, making the situation complex. Workers in this case, were receiving the minimum wage of $1 an hour according to all reports, giving them a monthly wage of around $190. This is above the $130 poverty wage but it is only the minimum wage for hours worked at a 45 hour week. Unions in Mauritius, are campaigning for a $284 minimum wage but the Living Wage, according to IndustriALL, the global workers union, is $458 a month. Tabloid attempts to discredit those who stood up for the female vote by wearing supporting the T-shirt need also to be examined. COMPLICATED