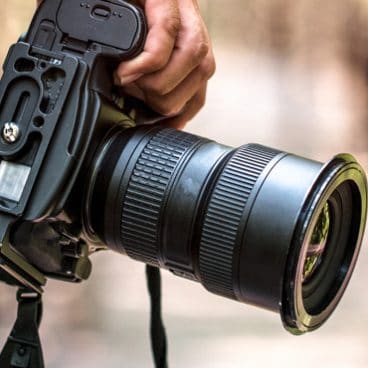 It's very hard to bring down a predator...and after the Weinstein expose, attention now turns to fashion. GOOD.

Today's report (Sunday Times) lists me as someone who knew it was going on WITHOUT the rest of the story.... So for the record, here is my attempt over the last 4 years to bring this to light.

November 2013. A follow up piece this time I am allowed to name Terry Richardson in Daily Mail.

Dec 2013. I gave an interview to a female Sunday Times journalist to expose Terry Richardson. The feature was pulled at the last moment by the editor. I don't know why.

Feb 2014. I endorsed a feature exposing Terry Richardson as a predator based on reports by many models on the internet of his assaults. New Statesmen.

May 2014. I appeared on primetime evening news to accuse Terry Richardson of assaulting models. I was gagged by a lawyer and told I could not describe what he had done as it was hearsay. Channel 4.

Sometime between. I met with a highly respected art director friend to ask him why he had published work by Terry Richardson and to pressure him to drop Richardson from his list of contributors.

July 2016. I gave an interview to the author Michael Gross about Terry Richardson and his assaults on models based on internet accounts of abuse and images I had seen - proof of his gross indecency. "Focus: The secret, sexy sometimes sordid world of fashion photographers." Atria Books.

October 2016 Having passed my MSc in applied psychology, my study was on fashion photographers and objectification of women, I began looking for a book deal to publish my findings and my knowledge of fashion industry behaviours.

October 2017. I named Terry Richardson once again in a feature about complicity in the fashion industry. This time I am much more graphic because I am supported by a female editor Refinery 29.

October 2017. I give another interview to Sunday Times to list some the ways I have tried to 'out,' this man. None of it is used except for the acknowledgment that I knew about him, which is kind of damming as it suggests I did nothing. Sunday Times

October 2017. I am currently writing that book and have had the treatment with a publisher since spring. As an activist with a psychology background. As a mother of daughters, as a feminist and as someone who works on fashion. THIS MATTERS.

What this dismal shopping list confirms, is just how hard it is to go after a predator and why they stay protected. Discuss - I know I do with my students and have done so for many many years. Promoting the importance of ethical practice has become a mission.

Amendment 22 10 2017. Added to the above list is many hours of social networking today and yesterday between FB, Twitter and Instagram to answer questions and debate Refinery29 article as well as today's Sunday Times feature.

Amendment 23 10 2017. I am still pressuring the Sunday Times to correction the online version of the report so that it paints a factually correct picture of my activity.

Amendment 06 11 2017. With the Conde Naste decision to cease working with Terry Richardson I am relieved. But the tabloid world asks why no one spoke up and I'm saying many of us did. I am asked to write about the struggle to be heard by The Pool

In between I have given interviews to The Times Guardian news, Guardian fashion, i newspaper and many others. My comments have been reproduced in personal blogs as well as papers over the other side of the world  Singapore Times

I've noted it all here so you can see. Things can be changed. Yes I am a Disruptive Fashion Lover!