Last week whilst on my way to a People Tree event, I was phoned by a journalist for  quote on why we should all boycott Syrian Cotton.

Much of the production has been taken over by ISIS and although the cotton industry in this beleaguered country has been decimated, some of it is making its way to Turkey where, unlabelled is is being sold on the open market. Would I be prepared to call for the boycotting of ISIS or unlabelled cotton? This was the question for me to answer in a 5 second time frame.

I didn't want to give an obedient soundbite. As dire as this middle eastern catastrophe is, I pointed out that the unlabelled ISIS cotton merely highlights the fact that when retailers aren't in a relationship with their suppliers, they don't know if the raw materials are produced by child workers, enslaved adults in extreme poverty or imprisoned farmers in occupied Syrian fields. In other words, if the garment doesn't say Fair Trade then we have to assume that it is not... and that means that much of our cotton buying is lacking in clarity as to which political regime is overseeing garment worker health and safety.

This was not what my journalist friend wanted to hear. She didn't quote me. I entered the penthouse flat of Zandra Rhodes for the launch of her new range using vintage textile designs from her back catalogue and immediately encountered my mates Lucy Siegle Observer ethical journalist and Safia Minney CEO of People Tree in Zandra's new People Tree 'Bows' and 'Lipstick,' print Tunic dress! 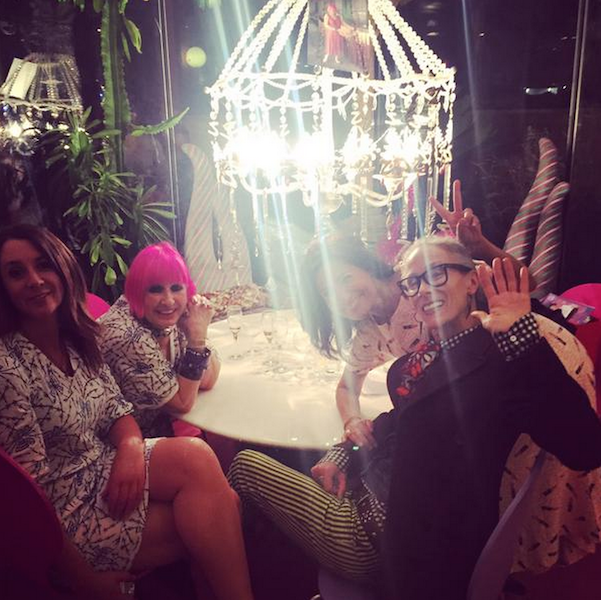 We continued to mull over the subject. Zandra has been a long time collaborator with Safia and announced she felt proud when she wears garments from her People Tree collaboration. Too Right - that is what Feel Good Fashion is. I suspect also because she like me has visited the People Tree Fair Trade compound in rural Bangladesh and seen for herself the humane conditions and the contented workers.

It is for such reasons I now care less about trend and much more about sustainability. In the last 10 years my buying patterns have changed and much of my wardrobe is now either personal designer vintage (I have accrued plenty of Vivienne Westwood over the years), up-cycled garments by Junky Styling and others, sample sale or emerging creative design, People Tree designs and second hand finds. I'm certainly looking forward to buying from the new spring summer collections and yes I'll be making a beeline for this Lipstick print in the new asymmetrical dress style. 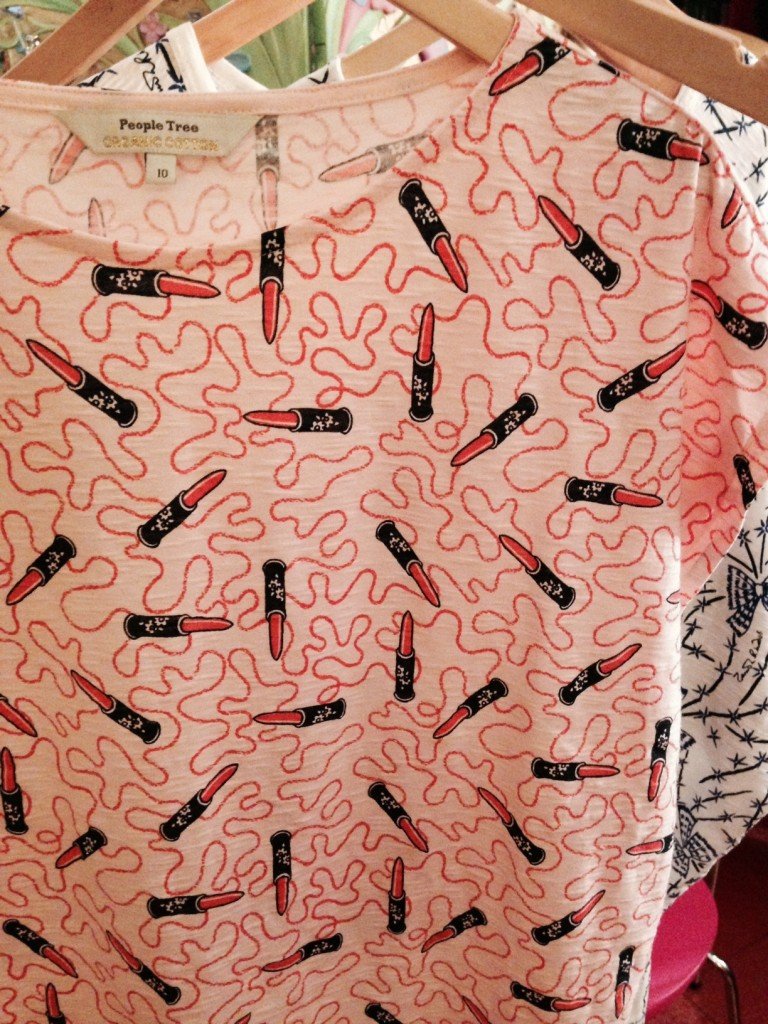 With a few days to go before London Fashion Week, I will endeavour to remember that the excitement and dazzling glamour of the designer event - hosted this time for the first time at central London venue in Brewer Street - is only part of the process. As the new film 'True Cost,' featuring my colleagues above as well as leading names in sustainability from Orsola De Castro to Livia Firth, asserts: Globalism where everyone is connected and poorer countries are dependent on fair play from richer nations, HAS TO become part of our understanding of what fashion is about. Our designers and retailers need workers over the other side of the world to produce the beautiful fabrics, we then rave about.

So this is something I'll be attempting to weave in my report for esteemed fashion paper: The Daily and it will reply upon a snappy or clever line because getting over an important point takes skill and swift of hand. Hmmm as a slow and clumsily earnest writer, I'll be working overtime to help readers make the connection, but every little helps. 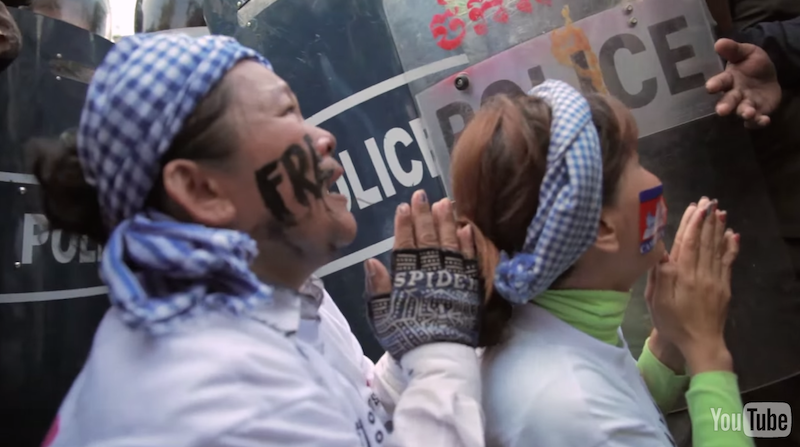 Of course, I'll be thinking about the best way to do it... but for starters how about this: True Cost: There is nothing glamourous or sexy about exploitation.