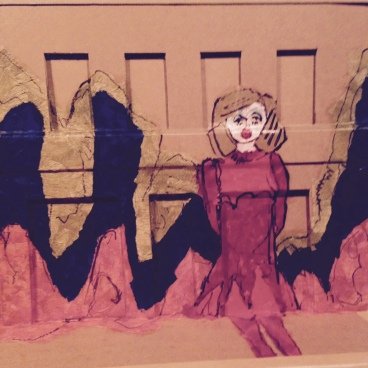 The sets of designer Simon Costin, are currently on display at London College of Fashion and having interviewed him 30 years ago for i-D Magazine and showcasing his early jewellery designs, I have always had a fondness for his thinking.

Incubus was a necklace I fell in love with all those years ago on account of his sincere assertion that the small glass caskets set within the chains, were full of his sperm. I wish I had bought one from him and enjoyed a multitude of dinner conversation engendered by my 'pearl necklace,' inspired by ancient witchcraft stories of  shadowy nymphs forcing hapless young men to ejaculate in their sleep conveniently therefore, not guilty of a simple wet dream, but victims of a nearby manipulative witch. Of course.

But deary me, I digress.

Costin's set designs are a sight to behold and equally intense. Working for designers like Alexander McQueen and Gareth Pugh, he has become the master of 'outside the box presentations,' hence the show's title: Impossible Catwalks Shows. Put simply it is not your average runway set up and to engage with Costin is to be transported out of the commercial and corporate domain and into a magical environment. 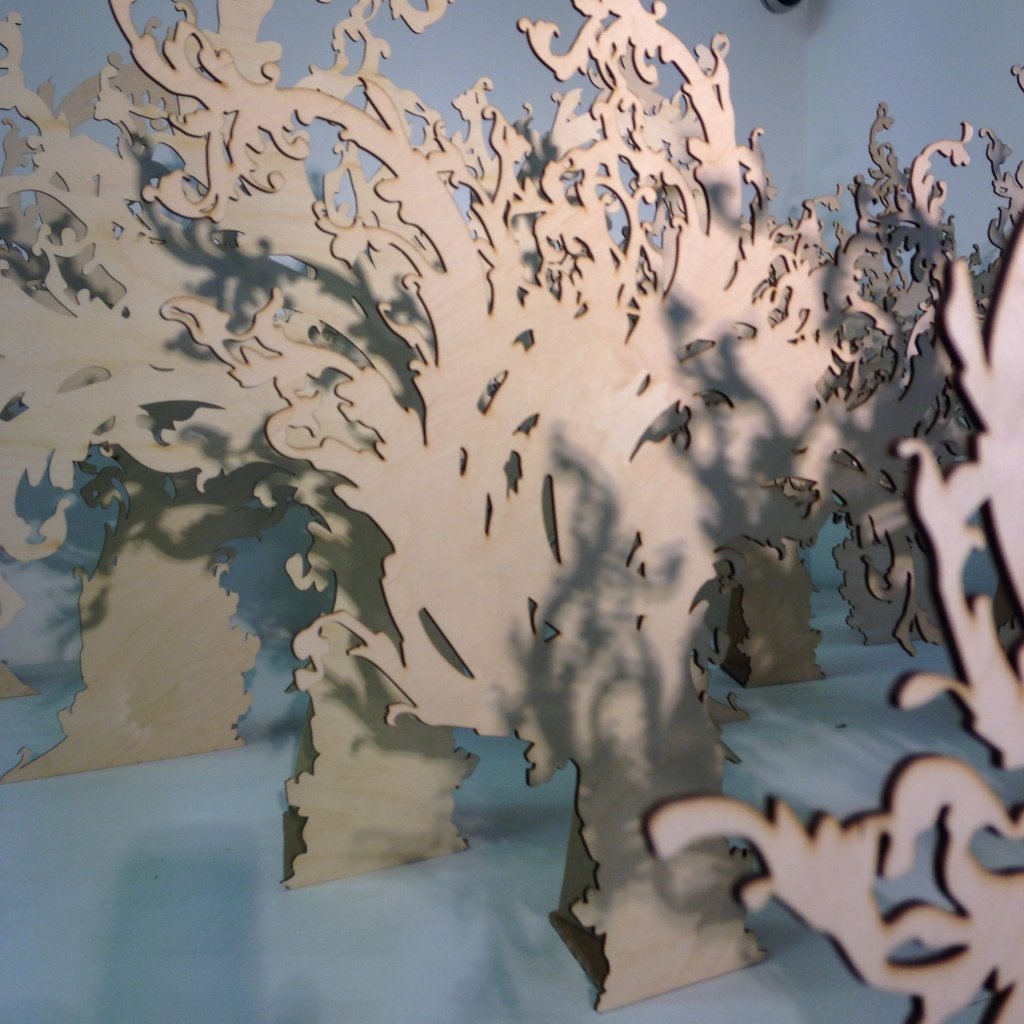 Imagine elfin models peeping out from behind these trees, to be spotted by an audience equipped with binoculars. It's a fictional fashion show idea where Costin's mischievous and fairytail sense of play combines with a practicality. The models will be numbered and correlated to a look book. Fashion editors would tick off looks much like bird watchers tracking exotic species from their hut in the woods. 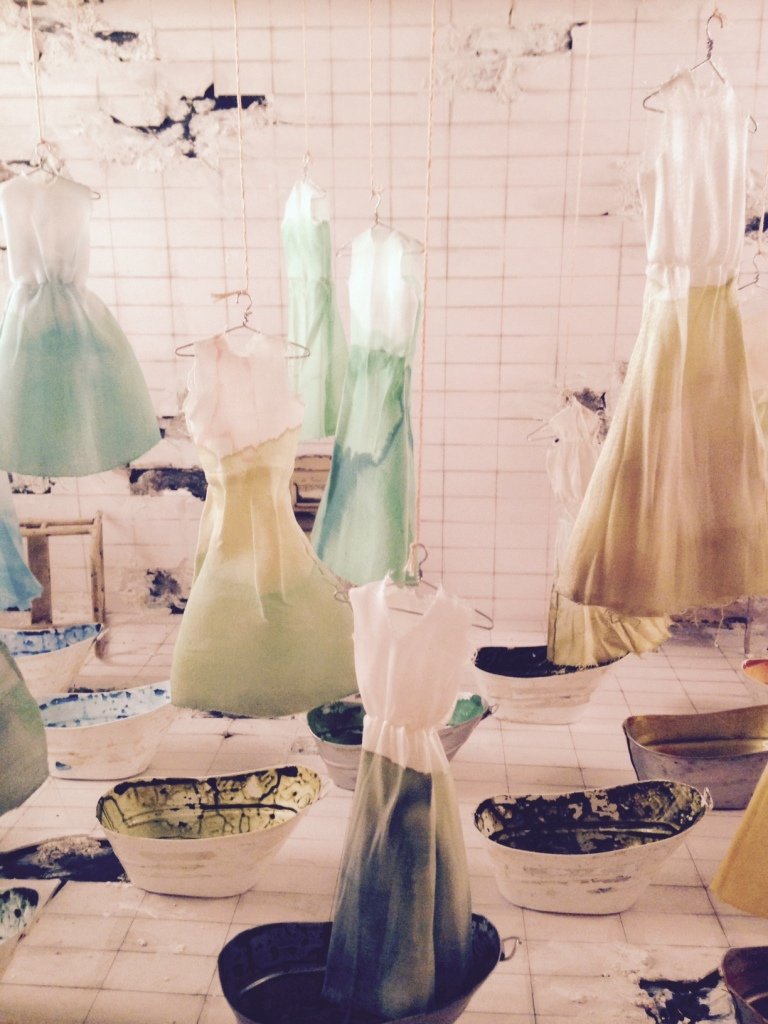 Sanatorium on the other hand evokes a victorian factory setting for the presentation of clothes and is presented is a tiny box at the far corner of the gallery. Audiences will enter a disused sanatorium and encounter a space filled with 24 old steel baths and a garment suspended over each on a hangar. By witnessing the finalisation of the collection as it is lowered and withdrawn from a bath of dye, audiences are fully engaged.

There is plenty of variety and a film featuring McQueen's stylist Katy England, walking up and down an un-prepped indoor set as it rains on her, is mesmerising. Her thoughts, her clicky heels, her submission to the soaking in pursuit of runway originality, is all captured and viewers will find themselves transported to pre-show temporality. We learn that the original title of this show 'Golden Shower,' did not amuse the sponsor and so it was renamed Untitled. There is a pleasing belligerency.

There is much to connect with that is much more than fashion process and Costin brings to life  an important understand about limitless possibilities where a creative and restless brain seeking the new and novel, is is at its best when negotiating obstacles and redefining our perceptions. Costin's art of showcasing clothes is an inspiration for us all.