Of course I know my Inspirational Woman no.2 was not a martial arts expert... now.

Re-runs of the 1960s series Avengers however are not diminished by lack of authenticity for me. The character Emma Peel (played by actress Diana Rigg) was, and is still, a perfect example of style and substance. Because in her leather catsuit, Mrs Peel presented us with a cool and feline vision of femininity able to smart-talk or high-kick her way out of trouble. AND THAT'S WHAT MATTERED. Smashing through stereotypes of the day, Emma Peel was not a side kick, a love interest, a mother, a victim, a secretary or a silly girl. She was a woman who got shit done...every episode. 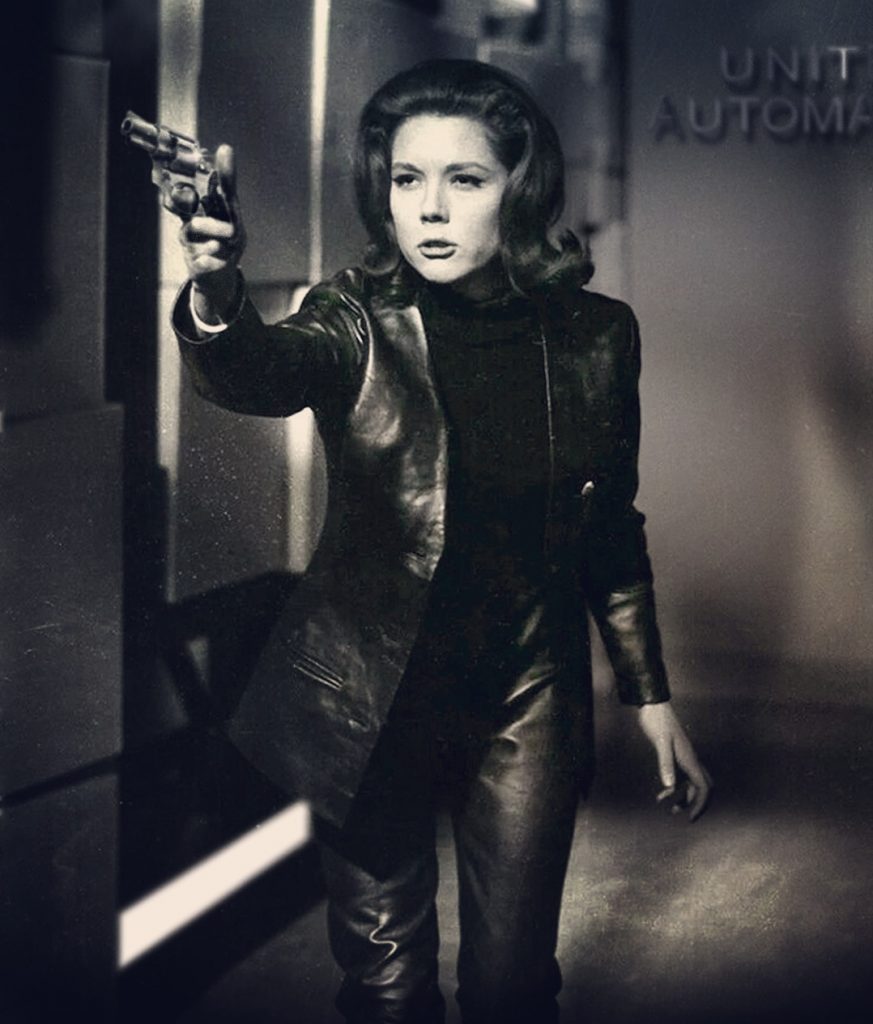 And she looked super slick in her suits and low rise hipster trousers courtesy of designer John Bates whose aesthetic would later (much later) influence Alexander McQueen's bumster strides.  Because of Emma Peel I celebrated my inner androgynous secret agent. Because of Emma Peel attitude was my fashion accessory of choice. 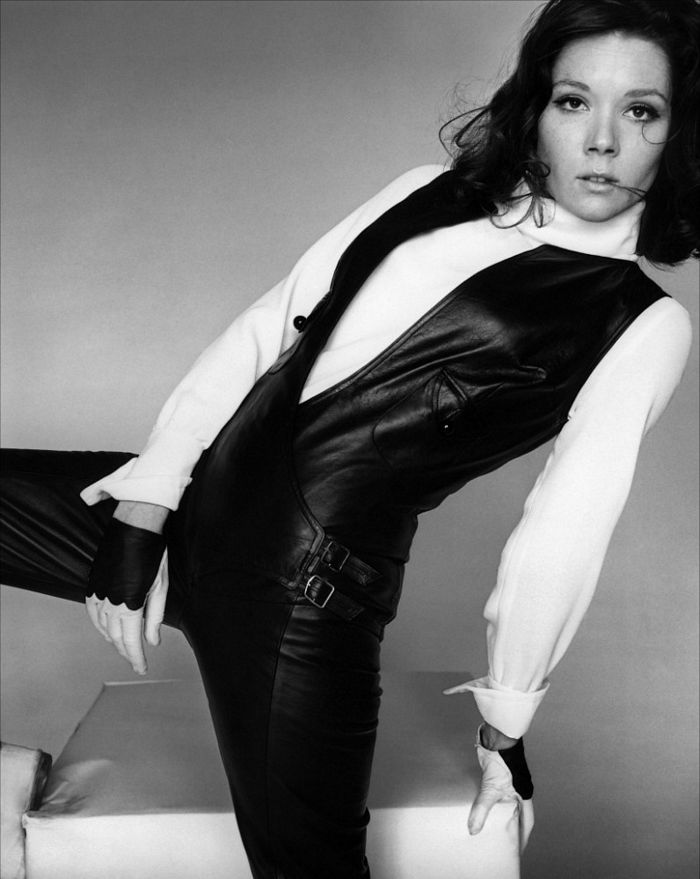 But there is more...in a rare space this female character was given considerable intellectual powers, making her and her partner (but not love interest) John Steed in demand as challengers to the archetypal baddie-take-over-the-world types because they mostly outwitted them.

Global calm restored by the end of each episode, there would always be time for a quip and a sip of very fine wine. This of course would take place in a high-end interior of white and chrome bedecked in mid-century cool and the odd G-plan coffee table. Feminist iconography for me would forever require style and sass. Even as a young-un I didn't see the point of not rocking a top look when protesting against the Patriarch (a world I would learn a lot, lot later). 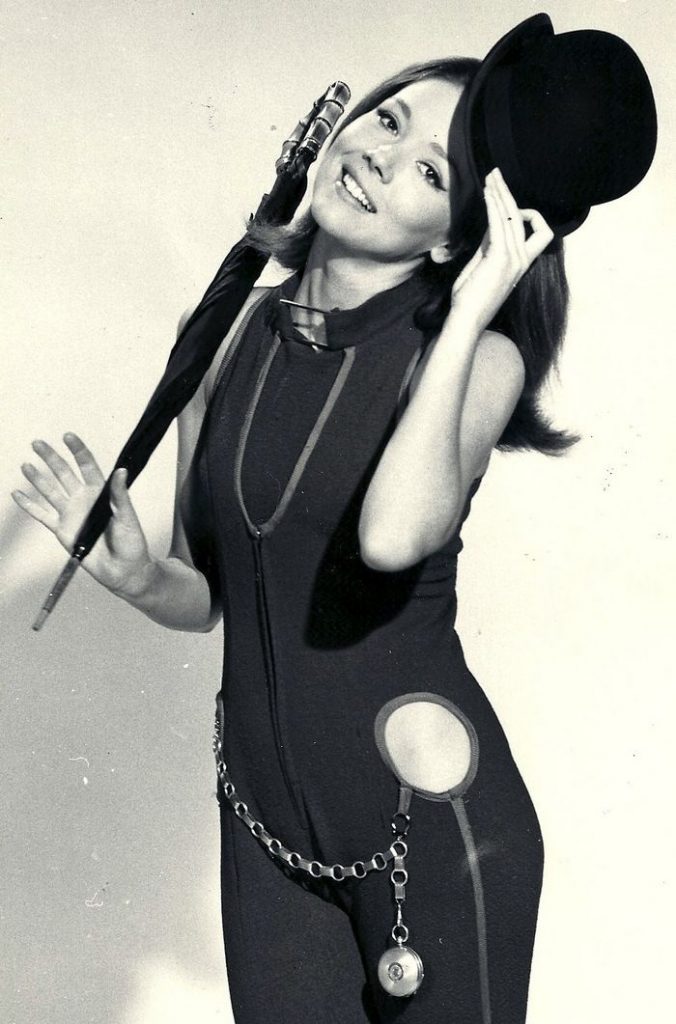 Ons step at a time though... The Avengers gave me plenty to think about in my little world - a family lounge in Hounslow, west London. Emma Peel and indeed Diana Rigg - Thank you. Every time I power dress, I take a little bit of you with me.