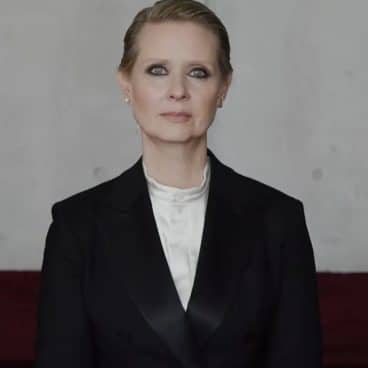 As body confidence campaigner Grace Woodward pointed out when she and I discussed things at length recently...”It was an amazing a feminist poem. What could go wrong?”

She is referring to the dynamic written piece by 22 year-old Canadian, Camille Rainville entitled Be a Lady They Said.

Grace posted Camille's poem on her Instagram some years ago and was then approached to help create a powerful film that would feature Camille’s poem to challenge male gaze. She looped Camille in to the producers and made some very important recommendations for the film’s casting. Camille gave her permission to use the poem free of payment then neither of them heard anything more.

I was right there. Those words - a blistering deconstruction about the conflicting messages women receive. That delivery - Cynthia: lithe, coiled and angry, and intercut with sexualised and objectifying images of white women was powerful. Within seconds of seeing it, I passed it on.

Let's stop it right there.

Hmmm. I tell my students all the time that speed thinking impairs critical thinking.

Yes this performance had impact. But images and words have equal weight. What did we see? A white, privileged, able-bodied, cis-woman talking about how hard it was being a woman. Did this film endorse my normal? Did I forget to remind myself of my privilege?

Grace had envisaged an inclusive cast with a wide variety of speakers in age, race and appearance to read the poem when producers first contacted her.

And wouldn’t it have been so much stronger if the makers had collaborated with Grace to deliver that vision?

Film makers missed the chance to create a film that could live forever. Meanwhile I, a lazy and complicit viewer perpetuated systems I’ve rallied against for many years. If we respond to our normal, we limit the outcomes.

I'm not going to cancel myself out. I'm going to own my limitations and give thanks for the gifts of discomfort, insight and humility. These are the things that can push us on to do better.

Be A Lady They Said by Camille Rainwville Taken from Camille Rainville’s website: Writings of a Furious Woman

Be a lady they said. Don’t be too fat. Don’t be too thin. Don’t be too large. Don’t be too small. Eat up. Slim down. Stop eating so much. Don’t eat too fast. Order a salad. Don’t eat carbs. Skip dessert. You need to lose weight. Fit into that dress. Go on a diet. Watch what you eat. Eat celery. Chew gum. Drink lots of water. You have to fit into those jeans. God, you look like a skeleton. Why don’t you just eat? You look emaciated. You look sick. Eat a burger. Men like women with some meat on their bones. Be small. Be light. Be little. Be petite. Be feminine. Be a size zero. Be a double zero. Be nothing. Be less than nothing.

Be a lady they said. Remove your body hair. Shave your legs. Shave your armpits. Shave your bikini line. Wax your face. Wax your arms. Wax your eyebrows. Get rid of your moustache. Bleach this. Bleach that. Lighten your skin. Tan your skin. Eradicate your scars. Cover your stretch marks. Tighten your abs. Plump your lips. Botox your wrinkles. Lift your face. Tuck your tummy. Thin your thighs. Tone your calves. Perk up your boobs. Look natural. Be yourself. Be genuine. Be confident. You’re trying too hard. You look overdone. Men don’t like girls who try too hard.

Be a lady they said. Wear makeup. Prime your face. Conceal your blemishes. Contour your nose. Highlight your cheekbones. Line your lids. Fill in your brows. Lengthen your lashes. Colour your lips. Powder, blush, bronze, highlight. Your hair is too short. Your hair is too long. Your ends are split. Highlight your hair. Your roots are showing. Dye your hair. Not blue, that looks unnatural. You’re going grey. You look so old. Look young. Look youthful. Look ageless. Don’t get old. Women don’t get old. Old is ugly. Men don’t like ugly.

Be a lady they said. Save yourself. Be pure. Be virginal. Don’t talk about sex. Don’t flirt. Don’t be a skank. Don’t be a whore. Don’t sleep around. Don’t lose your dignity. Don’t have sex with too many men. Don’t give yourself away. Men don’t like sluts. Don’t be a prude. Don’t be so uptight. Have a little fun. Smile more. Pleasure men. Be experienced. Be sexual. Be innocent. Be dirty. Be virginal. Be sexy. Be the cool girl. Don’t be like the other girls.

Be a lady they said. Don’t talk too loud. Don’t talk too much. Don’t take up space. Don’t sit like that. Don’t stand like that. Don’t be intimidating. Why are you so miserable? Don’t be a bitch. Don’t be so bossy. Don’t be assertive. Don’t overact. Don’t be so emotional. Don’t cry. Don’t yell. Don’t swear. Be passive. Be obedient. Endure the pain. Be pleasing. Don’t complain. Let him down easy. Boost his ego. Make him fall for you. Men want what they can’t have. Don’t give yourself away. Make him work for it. Men love the chase. Fold his clothes. Cook his dinner. Keep him happy. That’s a woman’s job. You’ll make a good wife someday. Take his last name. You hyphenated your name? Crazy feminist. Give him children. You don’t want children? You will someday. You’ll change your mind.

Be a lady they said. Don’t get raped. Protect yourself. Don’t drink too much. Don’t walk alone. Don’t go out too late. Don’t dress like that. Don’t show too much. Don’t get drunk. Don’t leave your drink. Have a buddy. Walk where it is well lit. Stay in the safe neighbourhoods. Tell someone where you’re going. Bring pepper spray. Buy a rape whistle. Hold your keys like a weapon. Take a self-defence course. Check your trunk. Lock your doors. Don’t go out alone. Don’t make eye contact. Don’t bat your eyelashes. Don’t look easy. Don’t attract attention. Don’t work late. Don’t crack dirty jokes. Don’t smile at strangers. Don’t go out at night. Don’t trust anyone. Don’t say yes. Don’t say no.

Just “be a lady” they said.