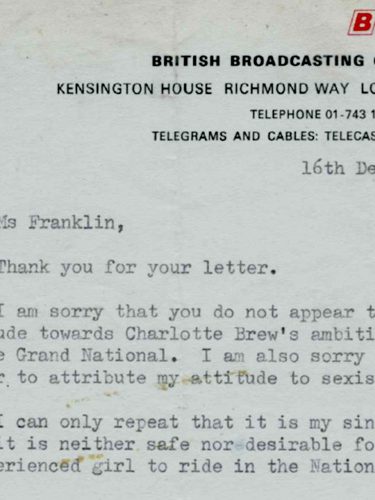 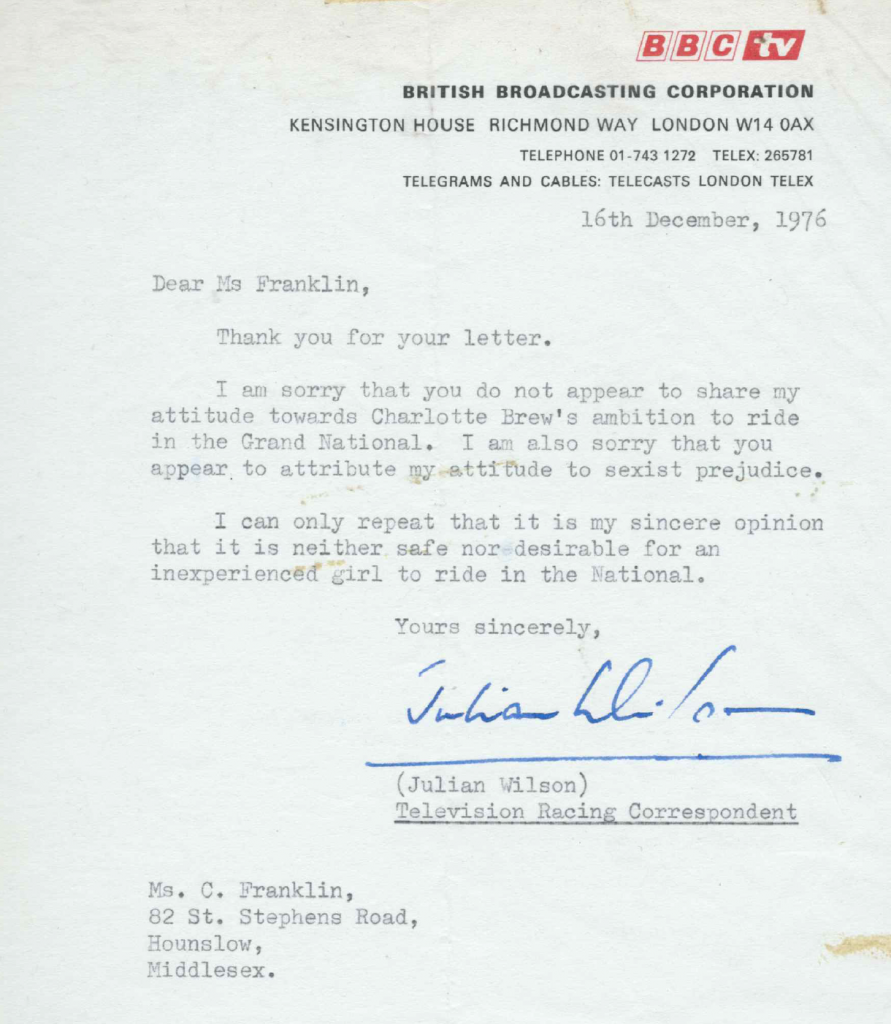 I was asked to include an inspirational woman in a talk I gave for the Dove event in New York  recently and it got me thinking about my very first role model.

Charlotte Brew is not a name everyone will know straight off, but let me tell you about the first female rider in the Grand National.

It was 1976 and I was 17. Watching a sports programme packed to the gills with male achievement and masculine physique and opinion I was thrilled to see an announcement that a woman would be riding in the Grand National (the Sex Discrimination act was passed in 1975 making such a thing possible). An athlete myself, I knew all about dedication and commitment the first ever female Grand National rider would need. This got me standing by for some inspirational TV.

The discussion about the first woman to ride in the Grand National involved BBC corespondent Julian Wilson assessing the chances of my Charlotte's ability to endanger the safety of all the other (professional, male) riders. In this live broadcast, she answered his ridiculous questions and challenged his assertion that she was not fit to be in the race with grace and dignity.

Well this teenager was both excited and deflated. Thrilled and enraged... that's not an easy combination to feel readers. As you can see from the letter above my first protest at the institutionalised sexism was a success. I'm told 40 odd years later by Charlotte herself (I tracked her down through net-detective work) that Mr Wilson was inundated with letters like mine and under pressure, replied himself because BBC secretaries (in protest themselves) refused to type his letters.

The point is... actions do change lives. The seeds of my fashion campaigning and body image activism, not to mention my life long feminist membership, may have been activated by this young horse rider. A 21 year old who not only stayed on her horse until the fourth to last fence and almost finished the race, where other more experience riders came off earlier, but who had the audacity to enter in the first place. Charlotte Brew will always be my first heroine.