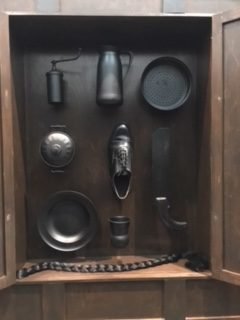 Story of a beginning

"My mum is from a little village in the borders of Pakistan and Afghanistan. Taliban heartland," fashion designer Osman Yousefzada explains. "She came to the UK as part of a small community that transplanted themselves in Birmingham and created a very insular environment. The women weren’t allowed to go out.

As a young male I had to open the front door because our mothers weren’t allowed to interact with men. My mum had a sewing business and that’s why I could make clothes from the age of 10, but then eventually I wasn’t allowed to hang out with the women because I was a grown man and segregation was practised."

Osman has been a fashion friend since we met. He has always brought a unique voice to the business of being human and to the world of fashion. And so I was thrilled to support his event at the Ikon Gallery in Birmingham this June 2018.

The event: a 3 week exhibition as part of the Migrant Festival called "Being somewhere else," contained important voices. Those of the immigrant women who left their homes for a better life and to escape fundamentalism. His mother's strength and dignity in the search for something better was central to his work and when I interviewed him for Refinery 29,  he explained the 3 installations he had created for the gallery.

One is shocking in its brutality - a still life of the domestic items his father used to discipline his mother. 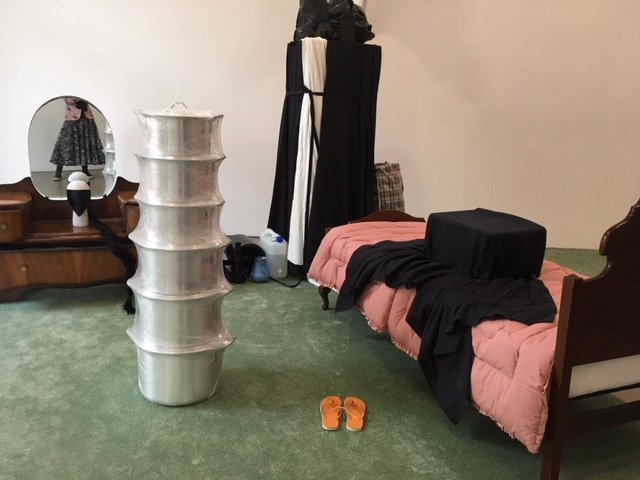 Another example: the interior image above, is a replica of his mother's bedroom and shows her treasured possessions wrapped in plastic bags as if they are being saved for a better day. Osman's mother did not find the freedom she wished for as the 'old ways' came over too in the form of her husband's brutal patriarchy. Theses things will not be unpacked, her dream is to be somewhere else," he says. Read the full interview for refinery29 to know the answer here.

A still from Osman Yousezada's film. Her dreams are bigger

Osman asked me to talk about my own quest to bring new perspectives to fashion - something better, if you will. So I included memories of my projects around the importance of connecting the worker and the wearer.

I was moved so thoroughly by his film about garment workers called Her dreams are bigger, that I was tearful as it finished and so was my husband. We need designers like Osman. We need emotionally considerate creatives in our industry who use their own unique perspective for a better future for everyone.